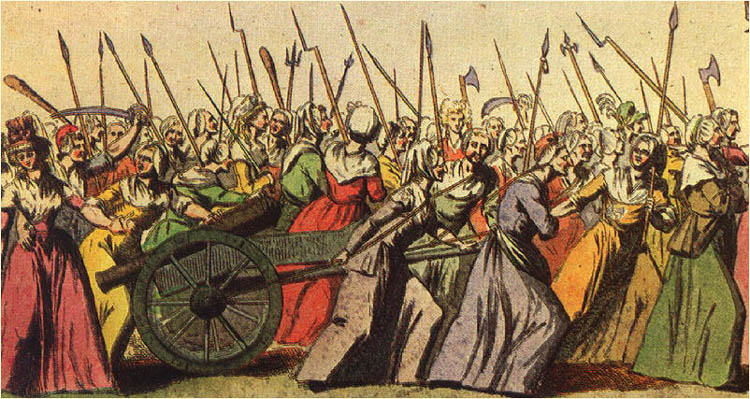 Pain d’Egalite has probably the most complex and important history of any bread. With it, however, comes a legacy of conflict and hardship. The original formula for Pain d’Egalite, three quarters wheat and one of rye, all whole grain, creates a dense and heavy bread. True to its name, it was hated by all. I created a rye sourdough out of high quality flours to approximate the taste. To compensate for authenticity, I researched the history of the infamous Pain d’Egalite.

French breads made during the Middle Ages were dense, dark loaves made from whole grains. The bran adds calories to the finished product, so it was considered wasteful to sift the flour into white meal. In times of famine, tree bark, plants, and even  ground pieces of stale bread were often added to stretch the supply. The very wealthy ate white bread as a status symbol: it was lighter, tastier, and uncontaminated. Lower classes ate white bread when they could, but generally they were left with wholemeal loaves. The worse the harvest, the darker the bread.

For millennia, bread has been a staple of the human diet. As such, bread has at times become a symbol of nutrition itself. When famine ravaged the fields of France, the lower classes were upset. Without bread, there could be no life. So they revolted. Many bread revolts took place in Paris, beginning in 1724 and continuing through the Revolution. 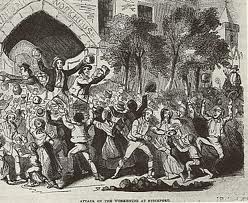 On the fifth of October, 1789, nearly ten thousand women marched from Paris to Versailles to protest the high price of bread. According to Thomas Carlyle in his book  The French Revolution,“Paris has risen, once again, is flowing towards the Tuileries, for Bread and a Constitution”.  The march began as a search for bread: it morphed into a siege of the royal palace. The women called for the execution of Marie Antoinette. 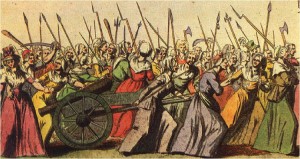 Marie Antoinette lived that day, but her days were numbered: the spark of the French Revolution had been kindled, and it would be only four years until she was taken to the guillotine. It was not, contrary to popular belief, her declaration of “let them eat cake!” which sealed her fate. However, bread played a large role in the toppling of the Ancien Regime.

France, having executed its king, was at war with Britain. The British shipments of grains from the Baltic were no longer arriving. On the 26th of November, 1793, the National Convention, recognizing the scarcity of bread, ordered all bakers in France to make only the Pain d’Egalite. The Pain, made with whole wheat and rye flour, was quite simply horrible. But the Convention’s declaration was interesting for a very good reason: it involved price fixing. The Jacobin government, led by Robespierre, instituted maximum prices for grains and breads.

Did it work? No, for several reasons. One was that farmers were no longer able to make a reasonable profit, and as such had no incentive to grow more grain. This only lengthened the famine. Also, the unprofitable farmland became worthless. The French currency, the Assignat, was based on land, causing the public to lose confidence in the monetary system.

Despite its dark history, Pain d’Egalite is a delicious rustic sourdough when made with modern flour. I used Tartine Bread’s recipe for “Country Rye”. It is an 80% hydration dough, 87% wheat and 13% rye. The wheat adds enough gluten for a high-rising artisan loaf, while the rye adds flavor and color. 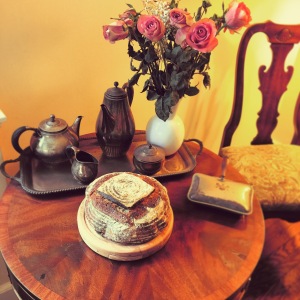 My version may not have sparked a revolution, but it sure is delicious.

2 thoughts on “Pain d’Egalite: A Bread Worth Fighting For”